This web site is dedicated to the memory of
Irv "Mr. Fingers" Weiner
Magician Extraordinaire 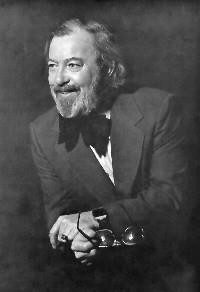 He was a magician and entertainer for his entire life. As a child his friends called him "Fingers" after they watched him speaking in sign language to his deaf parents. He continued using the name as "Mr. Fingers".

He performed his magic and mentalism act on colleges and universities across the nation.

He often invented new devices and new ways to do things, both in magic and in other areas. He published his magic under the name "Irv Weiner's Manu-Secrets".

While many magicians work toward complexity, to fool and astound other magicians, my father took the opposite tack - Simplicity in Magic (the title of one of his Manu-Secrets). He would take the simplest effect, add his showmanship, and build an astounding audience-pleaser. While touring colleges and universities with his "Mr. Fingers Show" his entire show fit into a small suitcase the size of a hatbox. From this small box, he produced an evening of entertainment - stories of past great magicians (including Ten-Ichi, Houdini, and others), bits of silliness from Stan Laurel (of Laurel and Hardy), and astounding pieces of impossibility. When others put him on a pedastle, treating him as a demi-god and asking how to heal their own difficulties, he declined the greatness, saying he was simply a man with a bag of tricks - that nothing he did was anything other than what they themselves could do.

Some of the many effects he's invented through the years:
(by no means is this a complete list!)